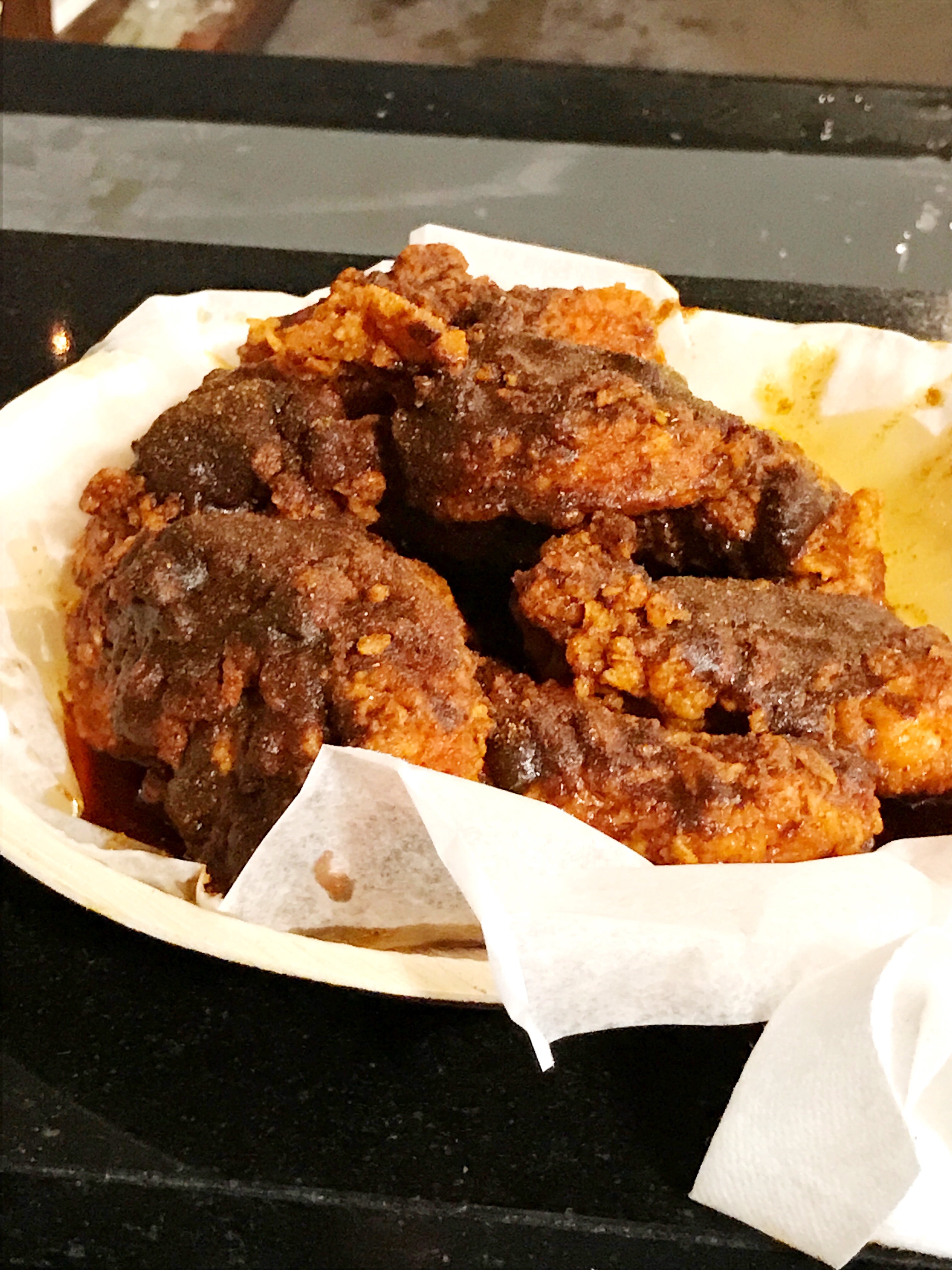 When Prince’s Hot Chicken says they’re coming to Austin, you do what you can to get your a** over there to eat the HOT chicken! As an Envy Ambassador, I had the opportunity to devour some Prince’s Hot Chicken this week and takeover @findyourenvy ‘s IG account while I was there! Such a fun event and definitely one I didn’t want to miss!

It was hosted at Independence Brewing’s taproom by October Family Craft. The venue was perfect for the occasion and I loved the table setup! As part of our ticket price, we were treated to a Family Style meal and Indy Brewing beer tastings and pours.

I mean, how cute is this setting? 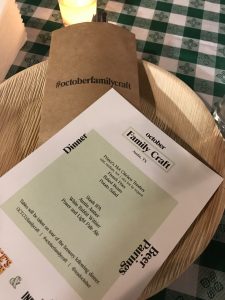 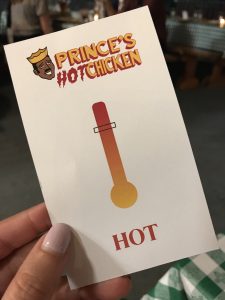 While the meal was being prepared, we were treated to samples of Independence Brewing’s Stash IPA, White Rabbit Wit, Austin Amber, and Power and Light Pale Ale. All were great for palate cleansing and cooling off the heat from the chicken we consumed shortly thereafter! 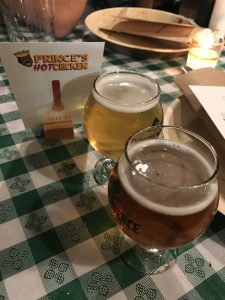 Then the food started coming out – potato salad, baked beans, seasoned fries, ranch dressing (to cool off that HOT chicken), pickles, the works! The potato salad was just like I like it – mustardy and less mayo. The seasoned fries were so addictive. Loved the crunch and the spice on them! The baked beans were sweet-ish and really helped to temper the upcoming heat from the chicken. 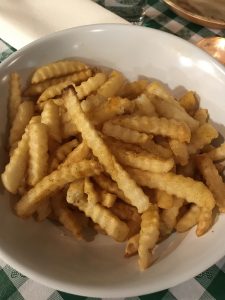 I only caught a pic of the fries – rest was on video!

Then plates and plates of HOT chicken. Mild, medium and hot were the levels of chicken. The guys at the table started with the hot. Not sure why! I mean, after that heat, everything was bound to be hot. Even the potato salad.
Genius that I am, started with the mild. So glad I started with the mild, y’all. Even the mild was quite hot. The medium was hotter and the hot, I could only eat 2 bites. All in all, I probably ate 1 and a half pieces of chicken given that I took too long taking pics and I had to cool down before I continued 🙂 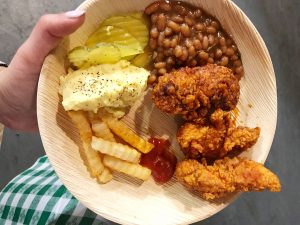 I present my plate of yumminess! Hottest chicken on top, then medium, and then mild. 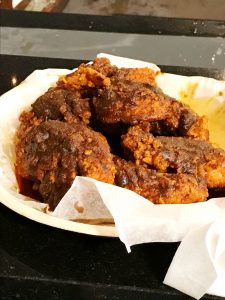 The night’s event was put together by October. Love that they’ve started this new series of events, Family Craft, which aims to highlight those families behind some of the country’s most inspired craft breweries and restaurants! I look forward to attending their next event! 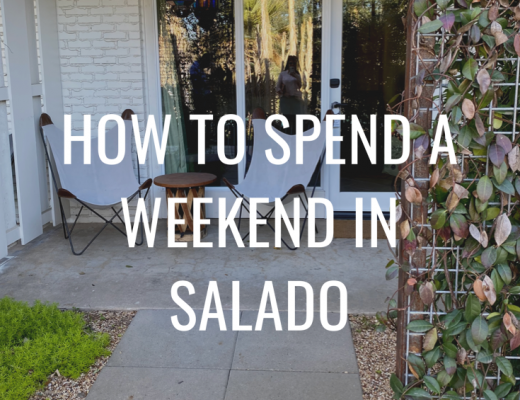 How to Spend a Weekend in Salado 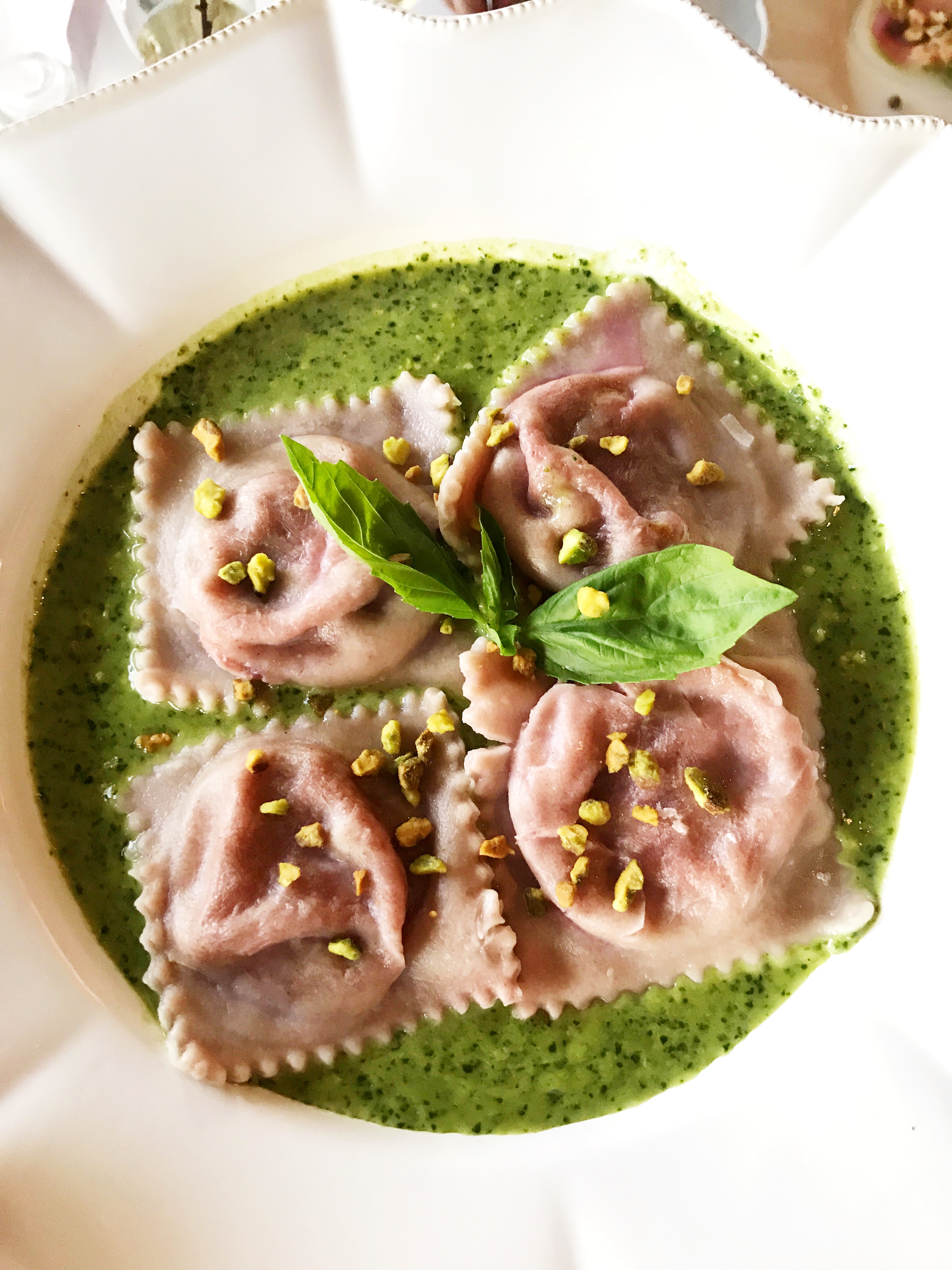 Wined and Dined at Andiamo Italiano

Getting "Knotty" at Knotty Deck and Bar 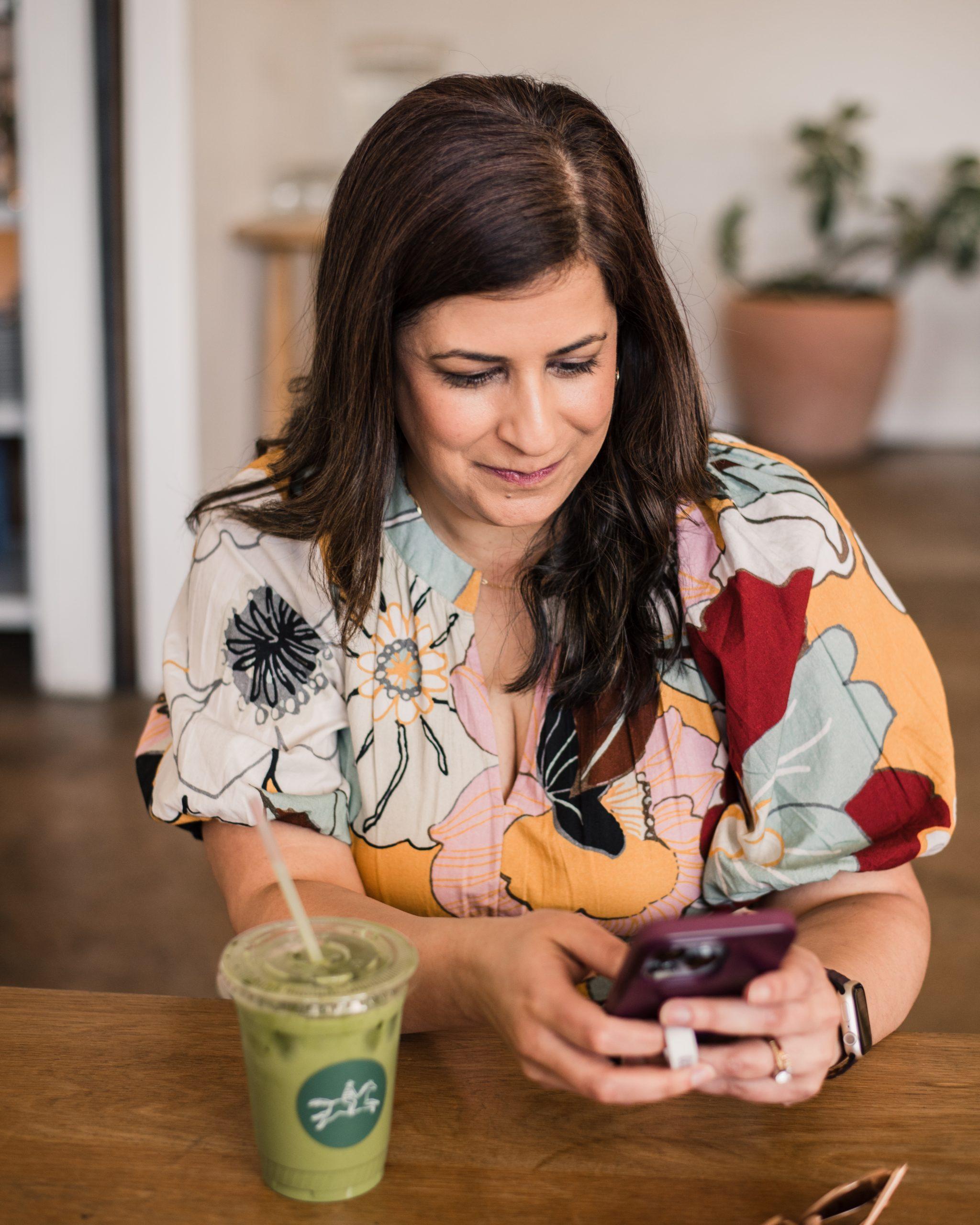 ATX Bites is an Austin-based food and travel blog highlighting my favorite places to eat, drink, and visit in Austin and wherever you find me on my jetsetting travels!

Stay in the know!